Thirty many Starved Rock Walkers and three dogs drove into Utica and walked the tow path west to Split Rock and back again.
A great day to be Outside! 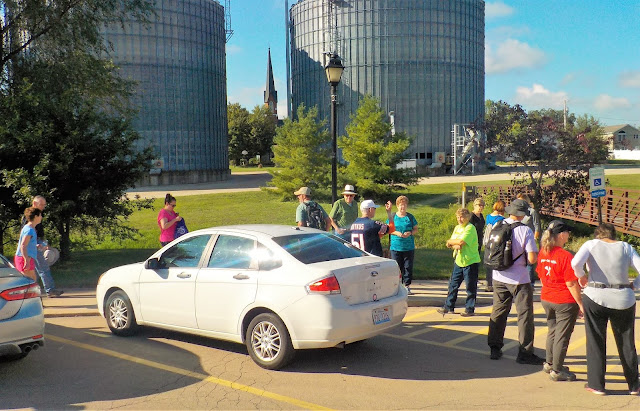 Walkers gather at the trailhead near the Utica sky scrapers. 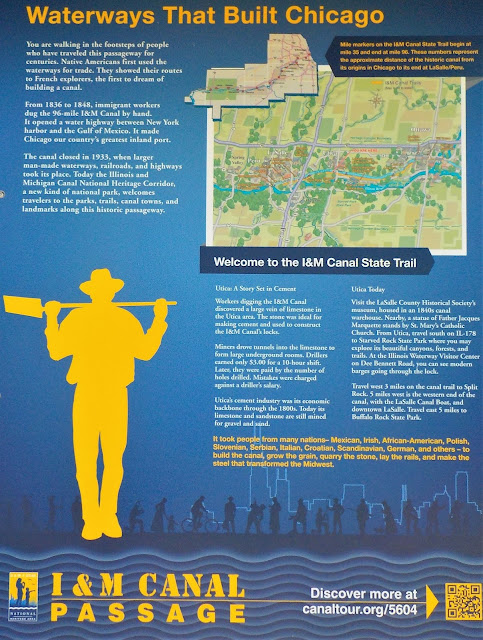 Yes, the I & M Canal State Trail is the official name
for the tow path. 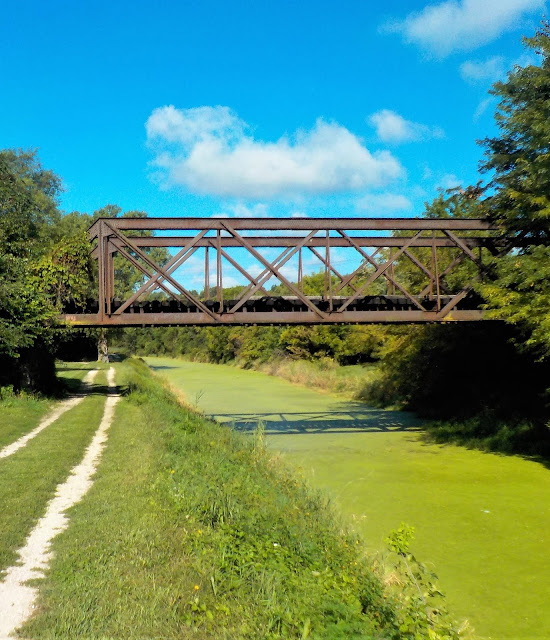 From the start it was obvious that this would be a
fifty shades of green hike! 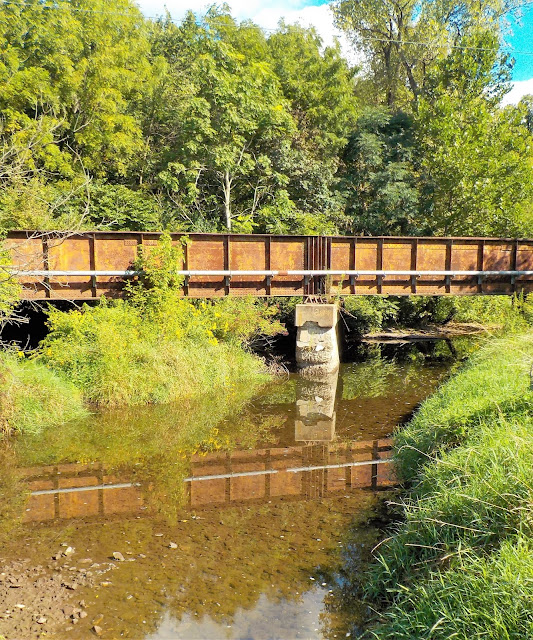 The railroad bridge over Peccumsagen Creek beyond which is located the Blackball Mines Nature Preserve, a bat sanctuary. 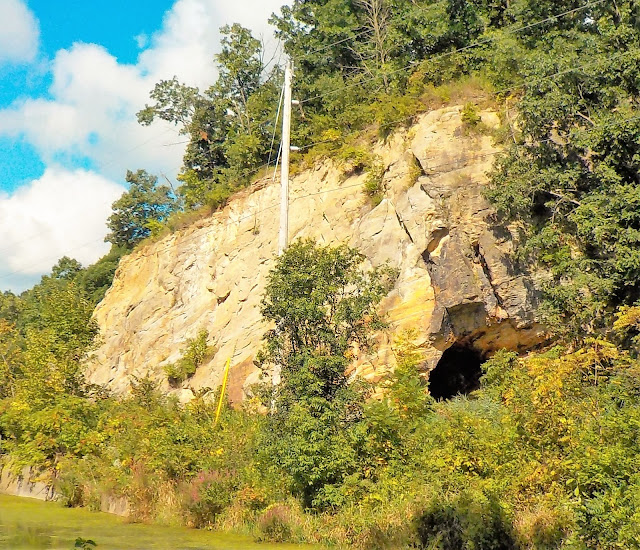 The mouth of the old train tunnel that still goes through
north Split Rock. 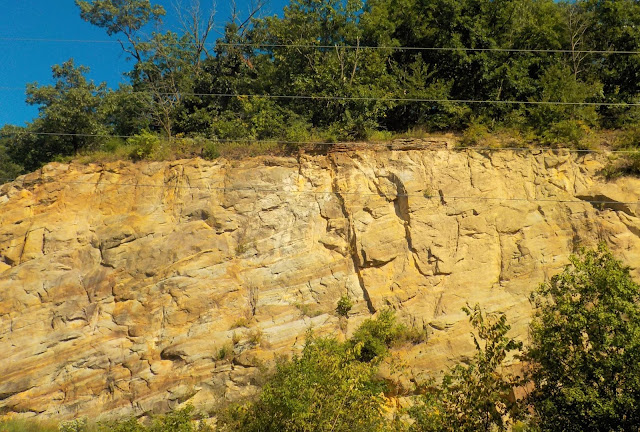 North Split Rock is one of the best exposures of the west-dipping sandstone strata of the LaSalle Anticline. Yes, geology students statewide come to see this outcrop! 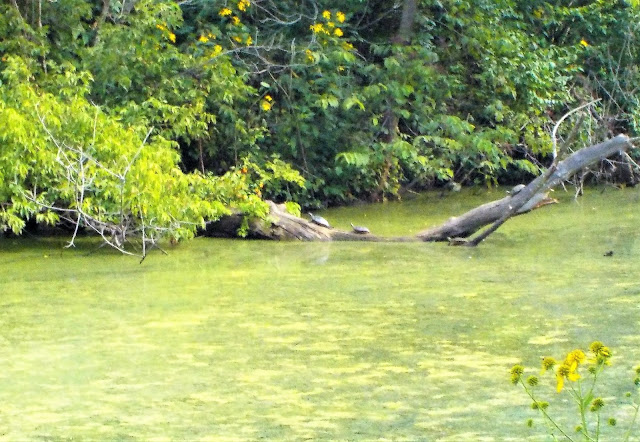 Time to play "Spot the Turtles". Here are four of them. 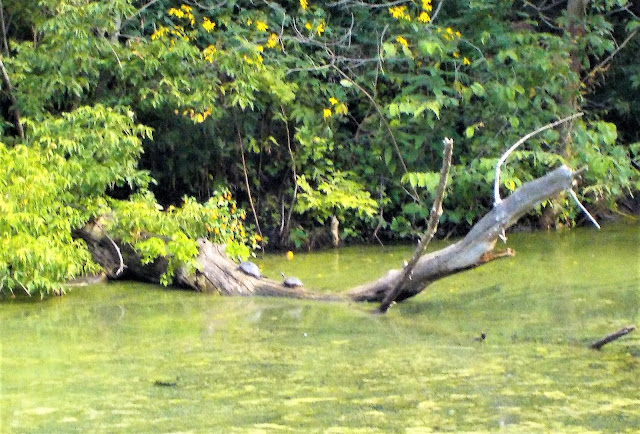 One Splash later and only two are left. The empty spaces are to the right of those two. 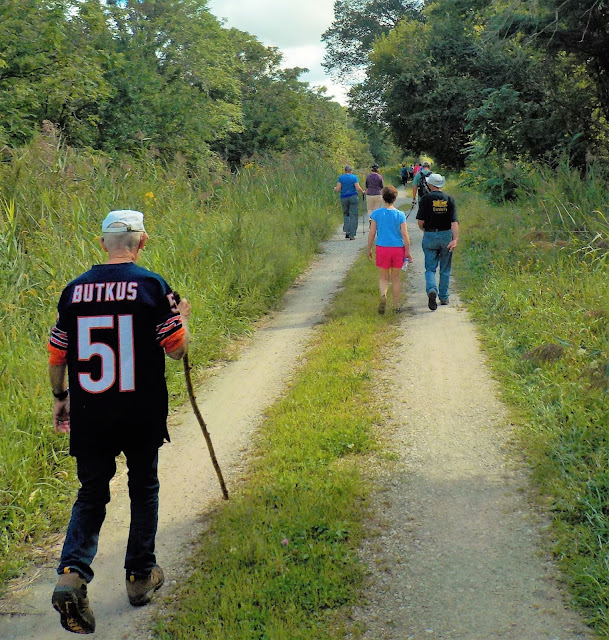 Some walkers were already prepped for tonight's Bears/Packers game. There were no Green Bay jerseys present on this hike! 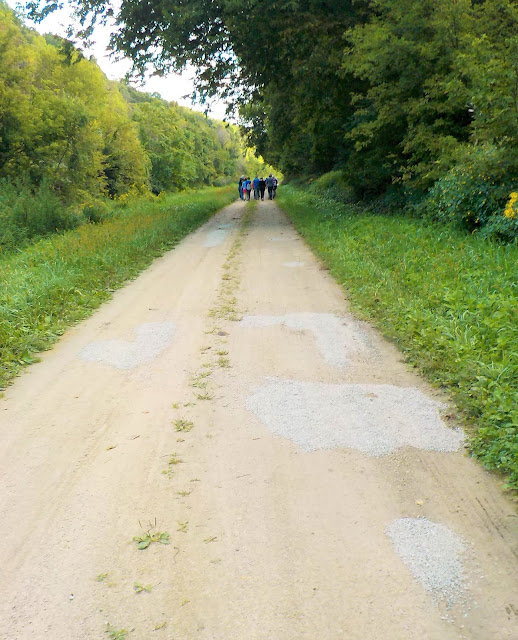 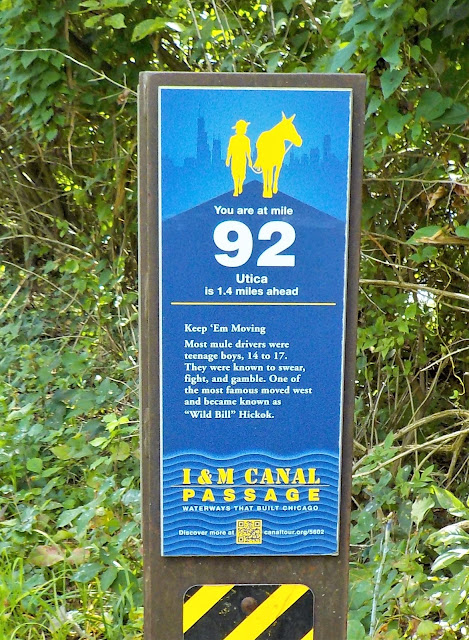 Who knew teenage boys could swear, fight, & gamble! Mule driver was one of Wild Bill's many short-term employments. 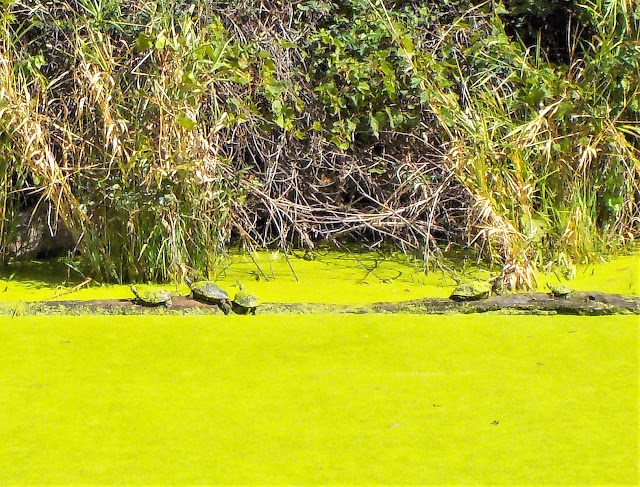 Three turtles - Four - no - Five! Thank you for playing! 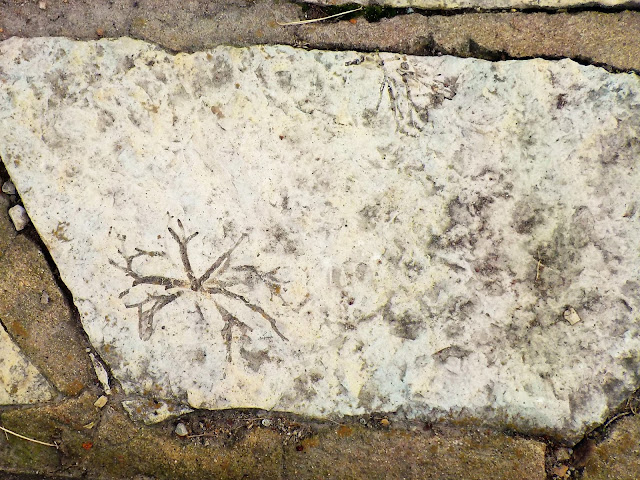 Always a bonus when a geologist spots some coral fossils in a kiosk paver.

This walk was all of 5 miles.
To quote Ellen Degeneres,

"You have to stay in shape. My grandmother, she started walking five miles a day when she was sixty.
She's ninety-seven today and we don't know where
the heck she is!"
Posted by Hike with Joe at 1:31 PM