Forty-seven SR Walkers Club members did the best hike in the Park today by trekking out to LaSalle Canyon and back. June finally turned the rain off for a while, but a huge bucket of humidity was dumped on the Walkers today. 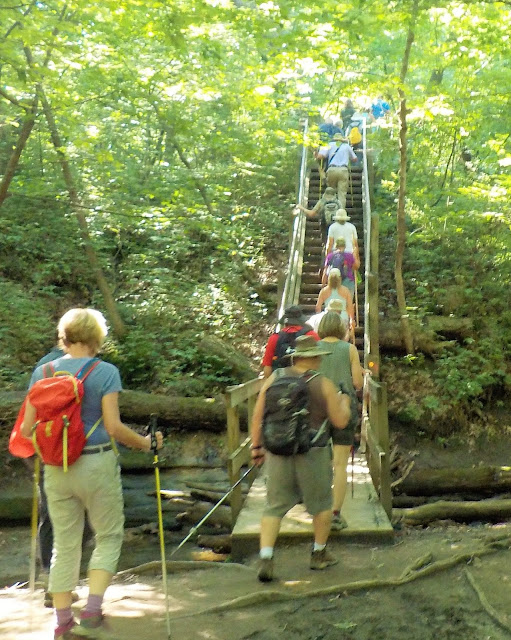 The first climb out of French Canyon onto the Campanula boardwalk. 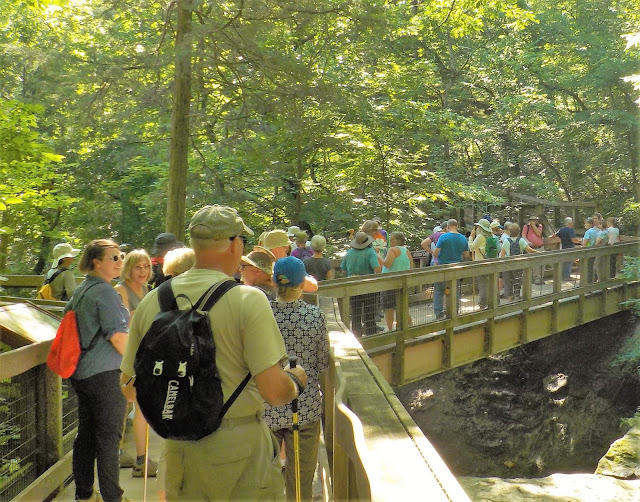 The group arrived at the boardwalk around the rim of Wildcat Canyon looking very unwilted. 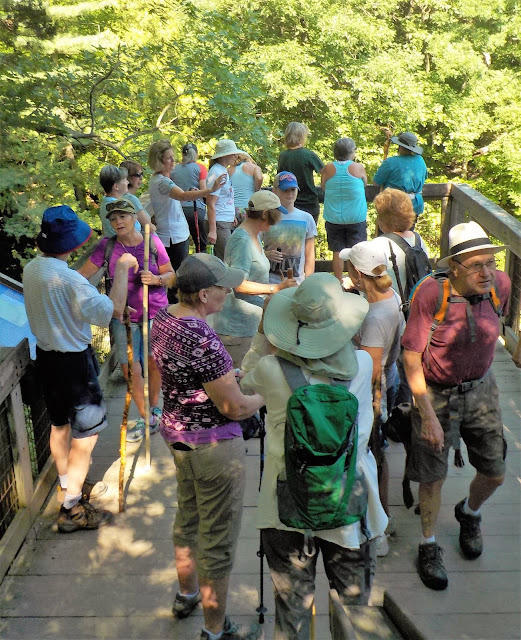 No worries, the East Rim Overlook has a capacity of 20 hikers. A number I just made up. 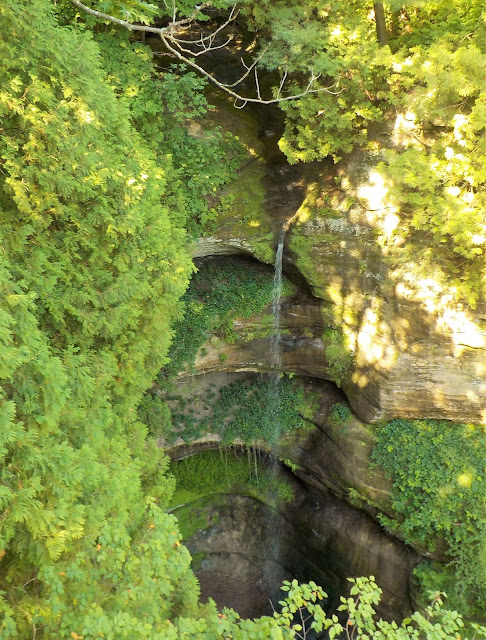 The overlook view down the canyon's headwall waterfall. 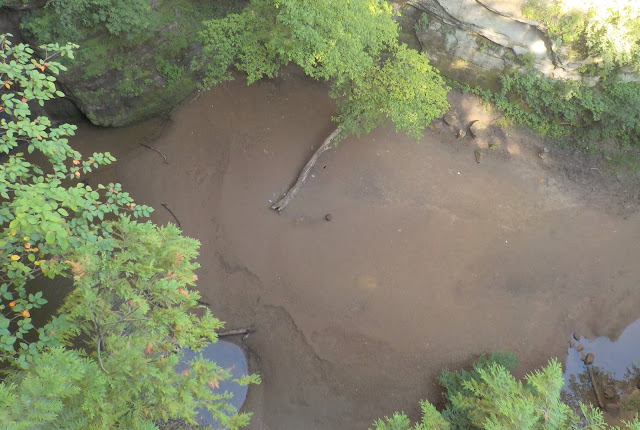 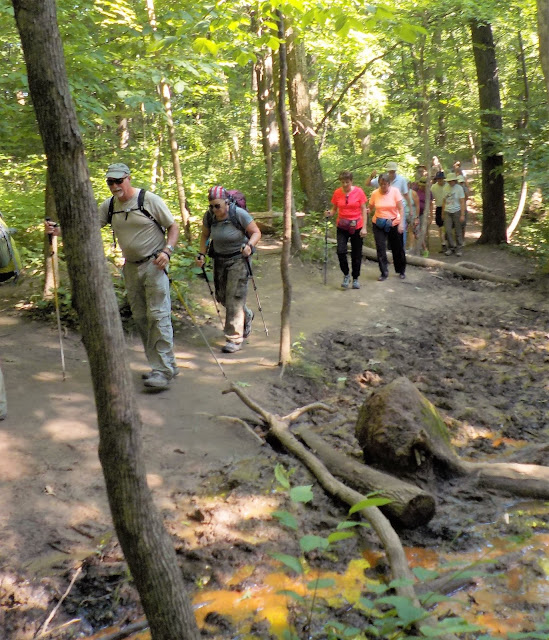 The Walkers used the well-packed edges of the muddy East Bluff Trail all the way out to Sandstone Point. 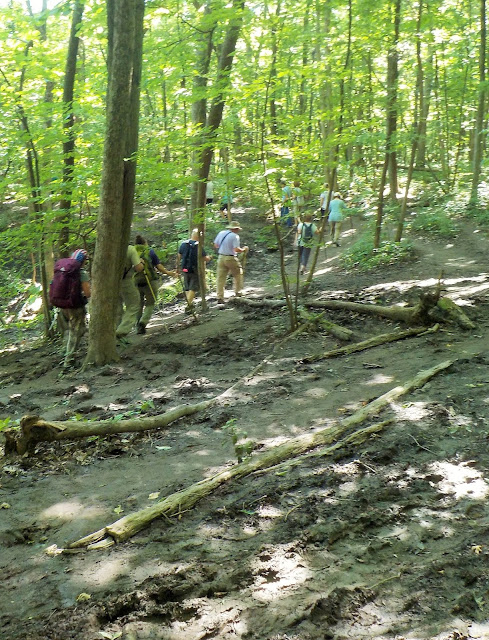 The East Bluff Trail on the headwall of Basswood Canyon is one of the muddiest sections. Bypass trails that formed increasing higher on the headwall are abandoned as the mud dries. 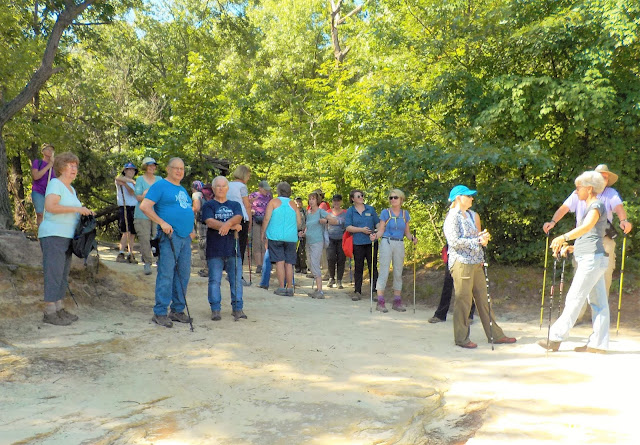 The group occupies the shade at the back of Sandstone Point to listen to some guy expound on the characteristics of the unusually round St. Peter sand grains. 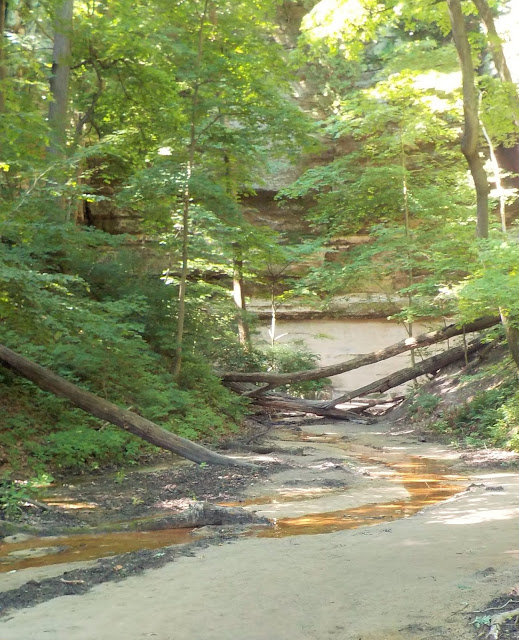 Now that the rainwater has mostly run off, the iron-stained groundwater is all that is meandering down "no name" creek. 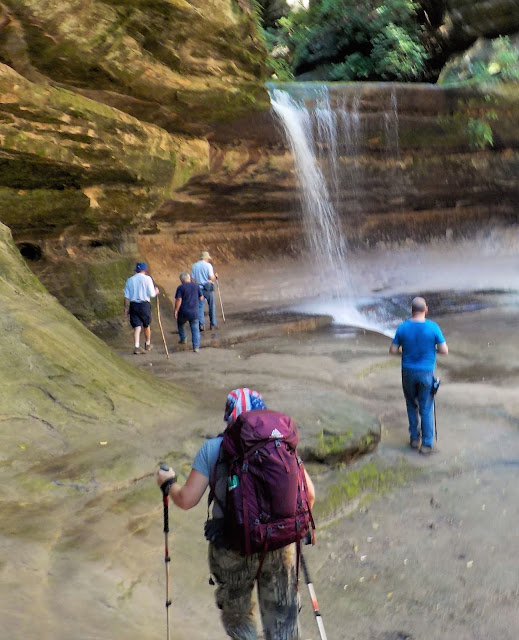 The LaSalle Canyon waterfall is the turnaround point for the now quite wilted group. 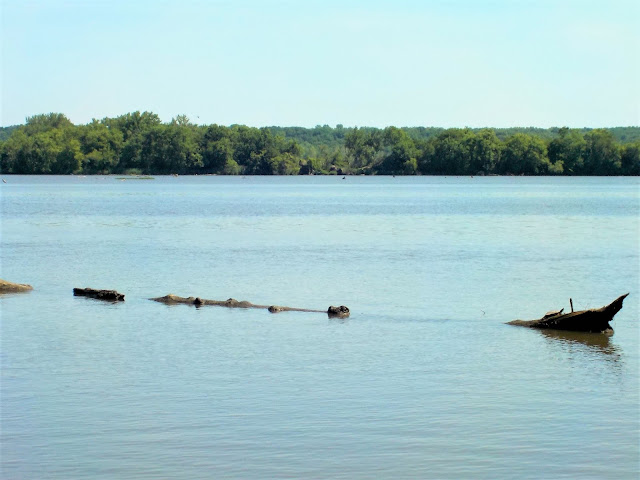 This long log has been snagged near the south shore of the river for years,.... 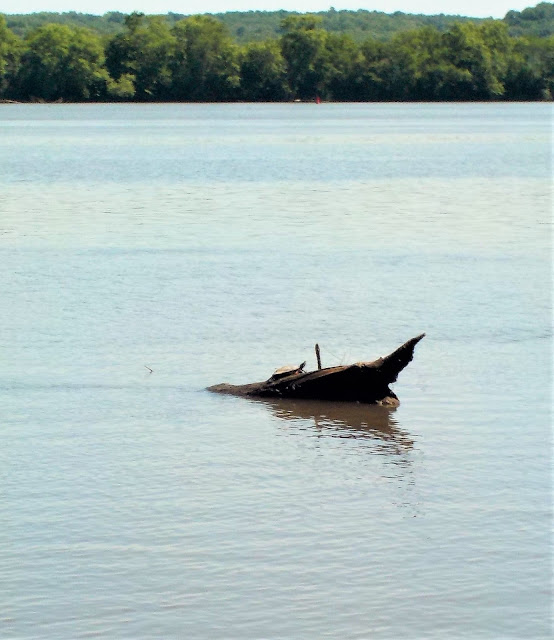 ...but only had one sunbather on it this morning. 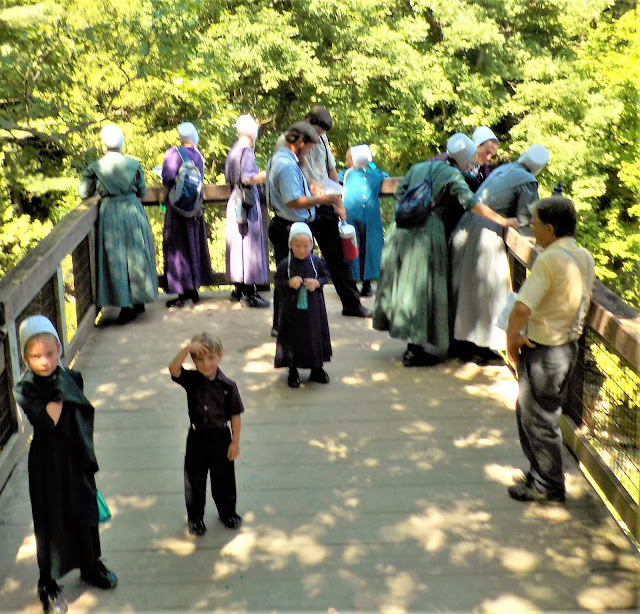 On the return trip we met this fresh group of walkers enjoying the East Rim Overlook. 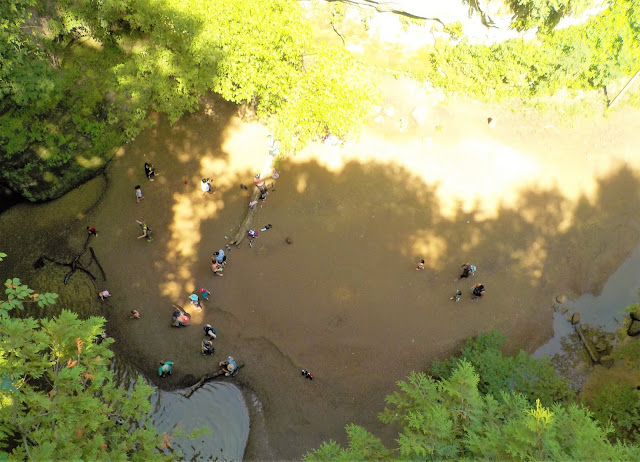 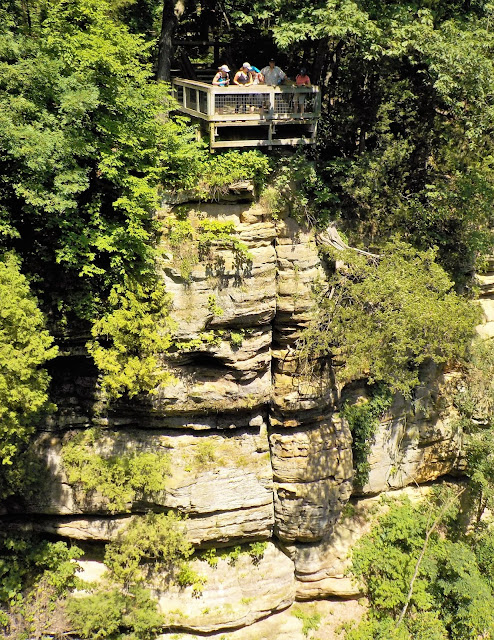 An East Rim view of the West Rim Overlook at Wildcat Canyon. 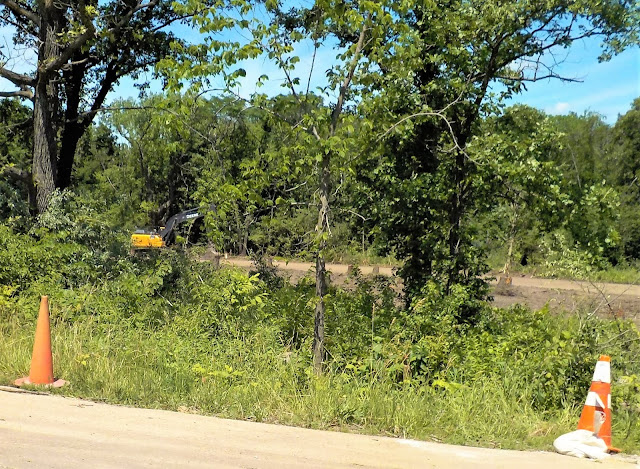 It has finally dried up enough so that the expansion of the LaSalle Canyon parking lot on Parkman's Plain north of  Rt. 71 has begun in earnest.

It's SUMMERTIME and the living is easy.

"Take a walk on the wild side!"